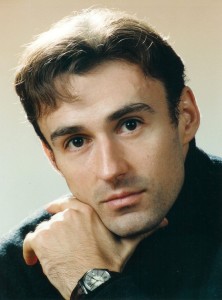 He started his ballet education at Conservatoire of Music and Dance in Ostrava and then continued his studies at Vaganova Academy in St. Petersburg in Mr. B. Bregvadze´s and Mr. C. Shatilov´s classes. In 1987 he became Principal Dancer at the National Theatre Prague, where he created all main roles in classical repertoir of this theatre including Princes in Swan Lake, Nutcracker, Sleeping Beauty, James in La Sylphide, Albert in Giselle, Romeo, Basil in Don Quijote, Armand in Dame with Camellias, etc. In 1997 he accepted an engagement at the National Theatre Brno, where he also acted as a ballet master and teacher. He was often invited to other ballet theatres as a guest, including for example World Ballet Festival in Japan, Salzburg Dance Theatre, Laterna Magika Prague...

His choreographic debut was a performance of Dafnis and Chloe at the National Theatre Brno. He also created more than 10 full-length ballets among them Peer Gynt, Manon, Catulli Carmina, The Bell-Ringer of Notre Dame, Sleeping Beauty, Nutcracker etc.

Currently he is a teacher of classical dance at the State Conservatoire of Prague as well as a ballet master at the National Theatre Prague.  As a ballet teacher he has cooperated with Ballet of Theater am Rhein Düsseldorf, Kibutz Dance Theatre. He is often invited to various ballet competitions as a member of the jury.

1991 Summer Academy of Dance in Cologne

1997 soloist, teacher and ballet master in National Theatre in Brno

2008 teacher of Conservatory of Prague Capital

From Tale to Tale Prince

as a Guest artist International ballet festival Tokyo and Ósaka